So your dad played rugby?

No, I chose rugby for me (among 3 other sports – cricket, V8s and Formula 1 also make the list).

Sunnybank – I have been a supporter for more than 20 years. I remember standing in a crowd of excited 7 and 8 year olds when John Eales returned from a shoulder reconstruction for Brothers in a match against ‘bank in the late 90s. I remember quite intensely standing at Ballymore in 2005 when we won the Prems final against the Gold Coast Breakers. I remember watching players like AWH take the field week after week, in awe of his go forward.

So your partner plays for Sunnybank?

No, it is my local club and I love it.

I am fascinated that my love of rugby is constantly being defined (or attempted) to be defined by the males (imaginary) in my life.

I understand that my intense passion for this sport does perhaps fall into the category of unusual.

I also understand that as humans we assimilate information by hanging it on a ‘hook’ – a hook that looks for association, for a sounds-like or looks-like.

It means we want to understand things through the lenses we already have, we already access.

And my liking rugby as a woman because I chose it, unfettered by a history of family and partner association, isn’t a hook that most people have.

It would be great if conversations didn’t take the same well worn path of trying to associate and understand my interests and passions through a male.

I also don’t choose rugby because of the men who play it, or their physiques (wink, wink) as I am often charged with.

I admire the incredible amount of work and discipline it takes to pick and go, pick and go, edging ever closer to the tryline.

I am wowed by the speed of a back (or a flanker seagulling on the wing!) when they put their foot down along the sideline.

I love the community of local rugby, particularly a club like Sunnybank that doesn’t have more than a century of history, that welcomes all comers and doesn’t think a scandal is when the son of an old boy plays for a rival club.

I choose rugby (and it is much easier at club level to chose rugby than it is currently at our dire national level of disarray) because I can take it seriously and also have a laugh. Often at my expense.

I chose rugby often in spite of the excruciating pain that comes from the vacuum called the ARU.

I choose rugby not because of the men in my life, but who I am as a person and the exhilarating, frustrating, community-building, life-affirming, laugh-inducing, proud-making, vocal-spectating experiences I have while watching it alongside people who love it too. 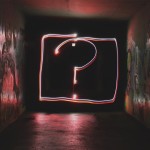 Questions for marketers – are you both micro-iterating and innovating? 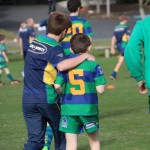 The people who build a tribe