Seven matches and one bye into the season with only a 14 per cent win rate is a sore point for any Reds fan.

I didn’t think it could get much worse at this point in the season, but hearing Richard Graham say in the post-match media conference after the loss to the Lions that the semi-finals were a possibility was both laughable and painful.  I mean, sure, mathematically it might be possible, but it is also mathematically possible for me to become the Queen of Norway. This however isn’t reflective of my current circumstances. Ditto the Reds chances.

We all know someone has the ‘full support of the board’ right up until 5 minutes before they are boned.   In this instance however I think RG does have the support of the board as they hunt for candidates for the 2016 season.  I think he will last out the year in the role of head coach because it is the path of least resistance and the QRU have shown this propensity towards inaction over the past 18 months in several circumstances (results last year; not retaining utility backs like Lucas and Harris or recruiting depth for an injury-prone backline; Hunt this year; results this year).

As a fan though, I think this is a dangerous line for the board and QRU to walk.  At some point the financial support, a.k.a membership and ticket-buying, has to play into decisions like this.  We are all struggling to accept and support their support of RG.  It is infuriating the lack of acknowledgement that we aren’t where we should be, injuries aside.  And injuries aside, even with the not-as-experienced 23 blokes on the field over the past six weeks (some like debutant Michael Gunn who has a great future) we don’t look like we have any core rugby skills. Either the basics aren’t sticking in training or worse, they aren’t being addressed.\

So where to from here?

I would have nominated Nick Stiles as an interim coach for the rest of the year until the scrums were less than impressive in the past few matches, but then we did perform better on Friday.  I think he did well as Brisbane City coach pulling the players together quickly after Premier Rugby ended and taking them to the final and the inaugural NRC championship.  And certainly two bad matches isn’t coach killer material (see: RG), but it does dent his stocks.

There will probably be international movement post Rugby World Cup which could throw up contenders worthy of the proud heritage of the Reds, but that seems a long way away and Reds fans need a little bit of hope now.  Matt Taylor could be a good option out of his role as assistant coach for Scotland, but they did lose all five of the Six Nations matches this year and I am not sure where he stands after that. And to be very fair, responsibility for that does lie more with Vern Cotter than any assistant (see: Nick Stiles).

And then of course we had the pearler possibility of Brad Thorn thrown up recently. The man is a legend. What he accomplished across two codes and two countries is awesome. That he was still performing for New Zealand at age 34 and showing the young bucks how to do it is inspiring. But player-coach?! Another one to add to the mathematically possible pile perhaps?! And soon I can be Queen of Norway.

Would you appoint an interim coach and who would it be?

Who would you throw into the mix for 2016?
This posts originally appeared on Brisbane Times. 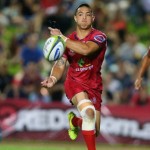 Is ‘buy a league player’ a slap in the face for rugby fans?