Watching the fantastic first day’s play in the third test against Pakistan at the SCG there was a lot of excitement about David Warner’s impressive century before lunch.

It certainly was impressive.

Warner is a talented batsman who absolutely punishes bowlers who don’t get the line (or length) quite right. He doesn’t leave the wider deliveries for a dot, he smashes them.

Matt Renshaw is still finding his feet at this level of cricket, but he is doing it steadily, in his own way. The only time he didn’t play his own way is at the MCG when he tried to keep pace with Warner. You can’t do that. Renshaw was out too soon.

Both achieve an outcome and should be encouraged to play their way.

But it shouldn’t be a team of all smashers – the risks are higher, the end a little nearer.

And it shouldn’t be a team of all grinders – getting to an outcome takes a long time, perhaps too long for the market or the business.

Each team needs a touch of Warner and of Renshaw, and a leader who understands how to bring out the best in them and mentor them to work with each other.

Without Renshaw slowly cycling the strike Warner wouldn’t have had a chance to truly niggle the batsmen and mentally dominate them (and the boundary). Without Warner taking it to the bowlers and building runs Renshaw might have felt under pressure to move the run rate along and wouldn’t have been there at the end of the day.

As a leader, take the time to assess your team to see who fits more in the Warner style of play and who prefers a Renshaw approach.

Use the others’ strengths to minimise weaknesses.

Make sure you have both in your team.

Finding a team with both will give you both short and long term options to achieve your outcomes.

As a lover of cricket however, I have to say that on the pitch I much prefer Renshaw’s approach – being in there at the end of the day, the taming of the bowlers, the slow grind of runs that build inexorably towards a defendable score. That to me is cricket!

Don’t be swayed by outliers, but they do tell a story 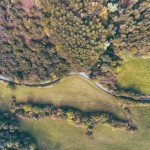